I wanted to share one of Dr. Siegel "Prescription for The Soul" message. I truly hope that you will take the time to read, utilize and then leave me a comment on how you felt after living even one of these virtues.

I wanted to share one of Dr. Siegel “Prescription for The Soul” message. I truly hope that you will take the time to read, utilize and then leave me a comment on how you felt after living even one of these virtues.

“Wisdom of the Aged” The question is not whether we will die, but how we will live.” Joan Borysenko

“Todays paper contains an article about a man who died at age 110.  A short time before his death, a researcher at Yale asked him how he avoided falling down. He said, I watch where I am going.” Then the doctor asked his advice on how to live a long life. The man responded, Be Kind to People. Give in Sometimes and help people when you can.”

I find advice from the aged is never about what vegetable to eat or how often to eat rice. It is about enjoying life and people. It is about being here to love, laugh, serve and to live fully. They often say things like, “We’re too busy to die,” and that the only thing they fear is driving on the parkway at night.

Just before I attended a conference on aging, I asked my 97 year old, quadriplegic father-in-law his advice on the topic. Several years earlier, wearing new bifocals, he had fallen off his porch and seriously injured his spinal cord. He responded, “Tell them to fall on something soft.” A few days later he told me this advice didn’t always work. It seems while he was in therapy, they stood him up and he fell over on his wife and broke her leg. “So tell them to just fall up,” he said.

I laughed but later realized he was telling me something important. When the body becomes tired and can no longer serve, each day becomes work. When you leave this earth hopefully you will fall up. That’s what my father-in-law did quietly one evening. ” Dr. Bernie S. Siegel

We all come from different walks of life, disagree politically, have different aspirations and our beliefs differ. This truly is what makes the world “work.”  Many of us over time get “jolted” by life circumstances and change who we are because we let the negative works of the world get to us. We do not need to do that. We all have beautiful internal power that can heal and aid not only ourselves but others in this life.We can not control what others say or do but we can certainly control how we react to it and how it affects who we are.  Lets start tapping into that positive internal power. I believe when we “tap” into the simple things in life, life itself becomes more manageable. So today, I ask you to join me “Be Kind, give in sometimes, and help others.” Your heart will fill lighter, your tasks will become easier and you will have left the imprint of your heart on another! 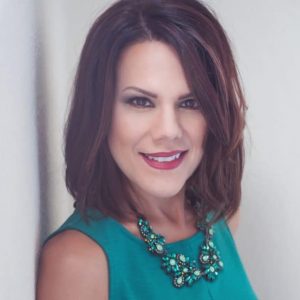